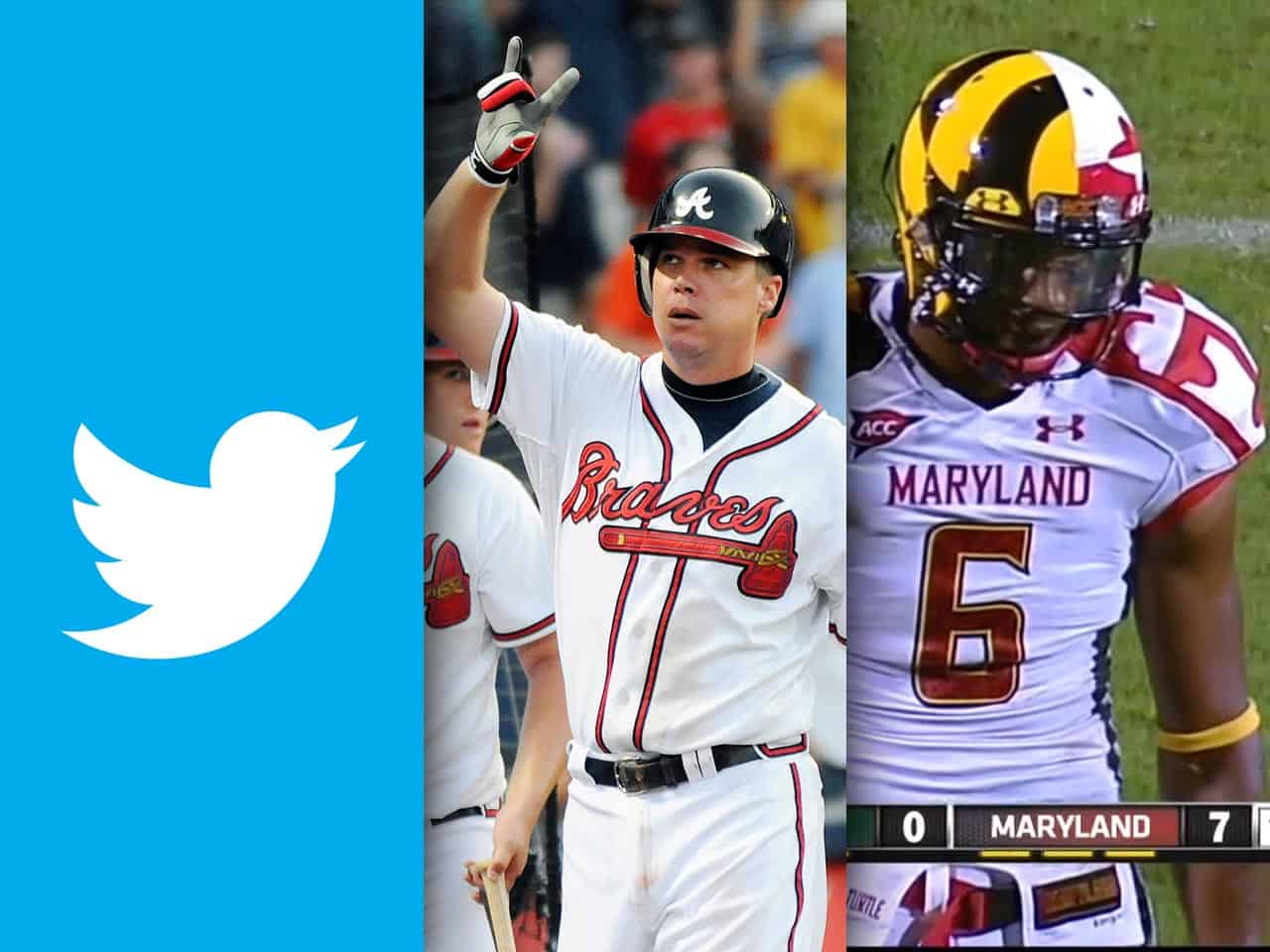 By Dale MurphyApril 16th, 2016No Comments

First of all, I want to say a big thank you to everyone involved with the recent launch of DaleMurphy.com. So many people put so much time and energy into making it great, and it’s been a lot of fun to watch it come together. Before the launch I told someone it was like the Murphy family was about to have another baby, though one that would hopefully be a little easier on Nancy 🙂 I’m so pleased with how the site turned out, and I hope you can all enjoy it, too.

And then, Twitter. Thanks everyone for their continuing interest in my many tweets (I was told recently that I tweet more than a Kardashian, and I’m still trying to figure out exactly what a Kardashian is :). It’s always a little frightening as a 50+ year old to air my thoughts out in cyberspace (wait, “cyberspace”? Is that what the kids are calling it these days?). It’s one thing to go out in public and do something you’re comfortable with, but it’s been an entirely different experience to get into social media the way I have. It’s been so much fun to reconnect with fans, both from days gone by as well as current Braves fans. Re-emerging into the so-called public eye has brought back so many great memories. For example, a guy a little while back tweeted at me saying that he remembered my career in the 80s, but more than that he remembered that we (the Murphy family) never returned our movies to Blockbuster on time (he had been the manager at our local Blockbuster). He was right! We probably averaged a month or so overdue per rental! Talking about my interests beyond baseball, such as movies and music, has been really exciting as well. The reaction to my interest in current music has really been a lot of fun. In fact, I’ve been thinking about getting into touch with a local independent radio station here to see if I might be able to moonlight as a DJ (maybe a show like “Dale Helping Other 50+ Year Olds Move Past 70s Classic Rock”). I’m a convert to the new music of today, so it’d really be fun to share that with other folks my age.

Next, a few thoughts about the Braves. It’s been great to see them weather the ups and downs of a whole season. I really like the make-up of the team, their attitude, and the additions that they’ve made throughout the year, especially Michael Bourn, who brings speed on offense and on defense. The young players, too, are a solid group. Craig Kimbrel, in particular, has had an amazing rookie year, breaking the record for saves by a rookie. He’s got to be the front-runner for Rookie of the Year, and he may even get some votes for the Cy Young Award (in my opinion, the Cy Young should be given to the most valuable pitcher—the same way the MVP is given to the most valuable player, usually a non-pitcher—and Kimbrel is right up there with anyone). He’s been basically unhittable this year. In fact, he’s exactly the type of pitcher I would have had a lot of trouble with as a batter. I liked fastballs, but I had a tendency to chase them out of the strike zone. Kimbrel’s got a lot of velocity on his fastball anyway, but when he puts it just out of the zone, nobody I’ve seen has been able to catch up with it.

Lately a few people have asked me about Chipper and whether he can get to 500 home runs. Well, first of all, with the way he’s playing, I better stop calling him “pops.” He’s not playing like an old man by any means: his bat speed looks as good as ever, and his defense is solid. I definitely think he has a chance at 500, seeing as how he’s sitting at 450 right now. If he comes back next year (and I think he’s already announced that he will), he could be even healthier than he was this year (he was recuperating in spring training this year, if you remember). In fact, not only do I think he could he get to 500 home runs, but I think he could get to 3,000 hits and finish his career with some truly impressive numbers (either way, he’s still a Hall of Famer, no question about it). When I think about Chipper, I’m always reminded of a quote by Bum Phillips, who, when asked to describe the talent of the great running back Earl Campbell, said, “Well, he may not be in a class all by himself, but it doesn’t take long to call roll.” That’s Chipper to me. He’s one of the greatest to ever play the game, and he’s been a treat to watch over the years.

Anyway, back to the Braves. I, for one, am really looking to the playoffs. I think that if the Braves stay healthy, they can beat anyone in the league in a 5 or 7 game series. I do hope JJ’s knee heals up quickly and he’s ready to go before we get there, though.

And now for something completely different: Maryland’s controversial football uniforms, courtesy of Under Armour. Most of the comments about the uniforms were not very favorable, as you may have heard. I wasn’t watching the Maryland game on Saturday (I was watching a music documentary about the Pixies, another band I really like), but I started noticing a bunch of funny comments about Maryland coming through on Twitter. After awhile, I checked out some of the highlights to get a glimpse of these supposedly horrendous uni’s. I thought about this for awhile, and here’s my take: they’re awesome. I thought the design was clever, incorporating the state flag as they did, and most of all it was a refreshing change of pace from the usual college football uniform. It was bold, interesting, and in my opinion a sign of things to come (Under Armour is probably way ahead of the curve on this one). Think about it this way: remember when James Carville came up with Clinton’s winning slogan “It’s the economy stupid”? Here the applicable phrase might be something like, “It’s the demographic stupid!” In other words, if you’re a male between the ages of 18 and 34 and you like those wacky Maryland uniforms, then Under Armour has done its job. I haven’t asked my kids about Maryland specifically (my kids actually fill that 18 to 34 demographic almost perfectly), but if those Oregon Ducks uniforms are a comparable standard, then I’d bet they were pretty excited by the Maryland uniforms, too. And isn’t it a good thing to see a little creativity, a little risk-taking in uniform design anyway? Without it, we probably wouldn’t have ever had some of those classic designs of the past that we look back on so fondly today (baby blue Braves uniforms anyone?)