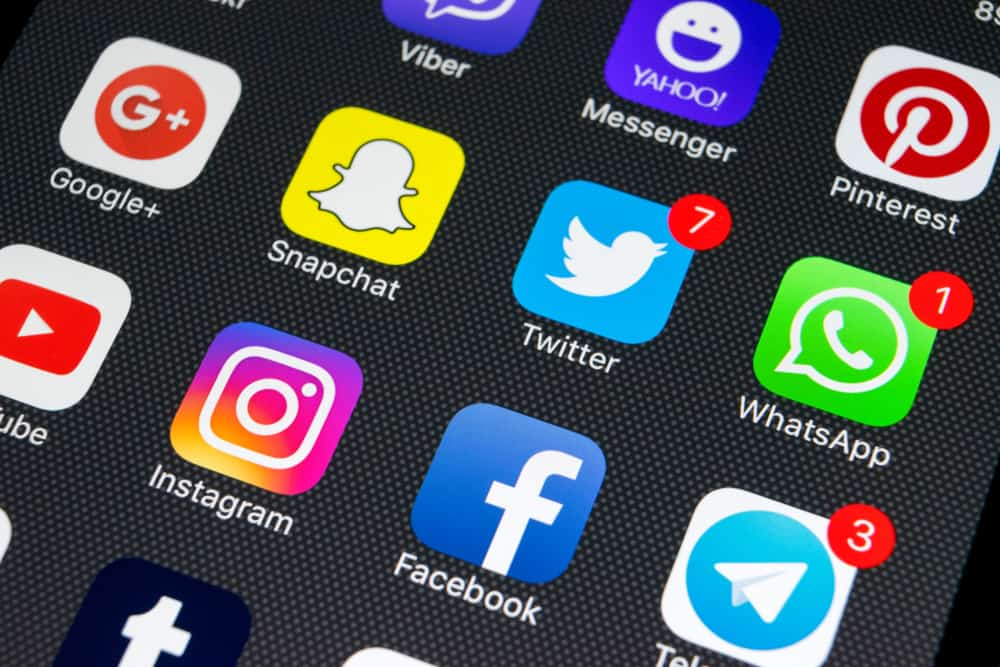 The last month has not been kind to Major League Baseball, and it has nothing to do with attendance, marketing, or pace of play. Instead, it has everything to do with morality.

In recent weeks, four players – Milwaukee’s Josh Hader, Atlanta’s Sean Newcomb, Washington’s Trea Turner, and the New York Yankees’ Sonny Gray – were exposed for posting racist and/or homophobic tweets. For whatever reason, Hader, the first player to be exposed, received a standing ovation in his next appearance for the Brewers.

Really? A standing ovation for a guy who was openly racist and homophobic?

Compare that reaction to, say, Colin Kaepernick, who took a stand against social injustice, was vilified by millions, and now can’t get a job.

That, to me, is wrong. We live in a divided time, which, truth be told, is nothing new for our country. The divide is perhaps more noticeable due to social media, but it exists – and has throughout my life.

These tweets, though, are alarming – not only because baseball last year had its lowest percentage of African American players since 1958, but also because of the generation tweeting them. Everybody – especially younger people – should know that if you put something on the internet, there’s a chance it will be seen, even if you delete it.

Many people have excused these players’ tweets, some of which date back to 2011. I understand that sentiment, but instead of simply dismissing or rationalizing discriminatory social-media posts, let’s do something about them. Let’s use them as an opportunity to educate others. We shouldn’t think these things about people, much less say them, much less say them publicly. All people – minorities, LGBTQ, special needs – deserve to be treated with respect.

So why aren’t they?

Now, do I believe that the mistakes we make in our youth should define us forever? No. But I also don’t think we should automatically excuse people simply because they were young. After all, a lot of young people reach adulthood without making or posting incendiary comments.

If athletes – or people in general – want to learn how to atone for past mistakes, Trea Turner is a model example. He didn’t make excuses for his words or blame them on his youth. He owned his comments, condemned them, and apologized. Turner, it is worth noting, participates in MLB’s Shred Hate initiative, an anti-bullying program for which he has spoken to youth and filmed public service ads. The 25-year-old, however, doesn’t think that’s enough. He wants to do more and use his platform to help others.

I challenge all athletes – all people – to follow Turner’s example. It’s one thing to complete mandatory sensitivity training; it’s another to go above and beyond the minimum punishment, to go to high schools and speak, to try to reach others and have a positive impact. High school kids are highly impressionable. Being vulnerable and admitting your mistakes can have an enormous impact.

To me, it’s not enough to issue an apology. I want to know why you thought what you thought originally and, perhaps more importantly, what caused that to change.

I especially want to hear this from Roberto Osuna, who was charged with domestic assault in May and served a 75-game suspension. On July 30, the Astros, despite having a zero-tolerance policy on domestic abuse, acquired Osuna from Toronto, despite questions surrounding Osuna’s remorse – or lack thereof – for his actions.

I find Houston’s decision puzzling, to say the least. After all, the Astros were the best story in baseball last year. They won their first World Series title in franchise history – and they did it against the backdrop of Hurricane Harvey, providing hope and happiness for a region that so desperately needed it. This year, they’re once again one of the best teams in baseball – maybe the best – and they trade for Osuna.

I believe in second chances, but I also believe in demonstrating genuine contrition. If I were running the Astros, I wouldn’t have traded for Osuna. As an owner or general manager, one of the most important things you can control is the character and makeup of the players in your locker room. When times get tough, you need to have men and women of strong character in your organization. I don’t understand how someone like Osuna could fit into that culture or contribute to it, especially when clubhouse leaders such as Justin Verlander had spoken out against Osuna in the past.

I understand the desire to win – and clearly the Astros believe Osuna can help them do that – but I don’t understanding winning at all costs. Some view baseball and other sports as simply entertainment or a distraction from our everyday lives. I do not. Love it or hate it, sports are a reflection of our society. They speak to what we value as a people, and they have a great amount of pull and sway in our lives.

Which is why it seems odd, for example, that Cowboys owner Jerry Jones said he won’t tolerate players kneeling during the national anthem but has had no problem signing players accused of – or suspended for – domestic violence. Is taking a knee worse than beating a woman? I would say no. I understand that kneeling during the anthem is a tricky issue, but Jones’ response indicates a lack of perspective.

I was 12 when Tommie Smith and John Carlos raised their fists during the 1968 Olympics. That made quite an impression on me. In the 1970s, I would go to high school sporting events and sometimes see African-Americans not standing for the anthem. At the time, I didn’t know exactly why they were sitting, but now that I’m older, I understand. They were making a statement. I’ve never found it wrong or offensive for people to demonstrate or speak out or silently protest. That’s the beauty of living in America.

We, as a country, are divided in many ways for many reasons. One of the biggest reasons? Too many people have a problem with Colin Kaepernick yet no problem with Josh Hader. Too many people excuse domestic violence yet have no patience for a silent protest. Instead of working to end discrimination, too many people deny it exists.

How do we solve this? We need to judge less and listen more. I would encourage all people – especially young people – to get to know people outside of their social circle. When you interact with people unlike yourself, you open yourself to growth opportunities. Six of my sons went on two-year mission trips, and they can speak to the power of getting to know different groups of people. When that happens, you become friends with people you normally wouldn’t be friends with. You assume you won’t have much in common, but inevitably, you find common ground.

If you’re in high school or college, especially, I would encourage you to join a service organization that exposes you to different groups of people. Or have lunch with a student who is eating alone. A lot of adolescents struggle to find themselves and fit in, and you have the power to validate people and instill a sense of self-worth. Small gestures can go a long way.

So can big ones. Yes, for all of the negative sports publicity in recent weeks (and years), LeBron James deserves a hearty round of applause for opening the I Promise School in Akron, which will improve the lives of thousands of at-risk youth in Northeast Ohio. Students will experience a 9-5 school day; an extended school year from July through May; STEM-based camps during the summer, free breakfasts, lunches, and snacks each day; support groups during lunch; GEDs and job-placement services for parents; and, for any student who completes the program and graduates high school, free tuition to the University of Akron.

This project is, in a word, groundbreaking. It will change lives, and it shows that athletes can impact society beyond entertainment.

In the end, that matters far more than LeBron’s Finals record. He’s one of the most famous and recognizable people in the world, but he hasn’t forgotten where he came from. He still gives his time – and money – to help others. He still pays it forward. He still “gets it.”

Even in trying times, let’s not lose sight of people who make a difference. Let’s follow their example. Let’s make the world a better place. Let’s save our standing ovations for those who truly deserve them.