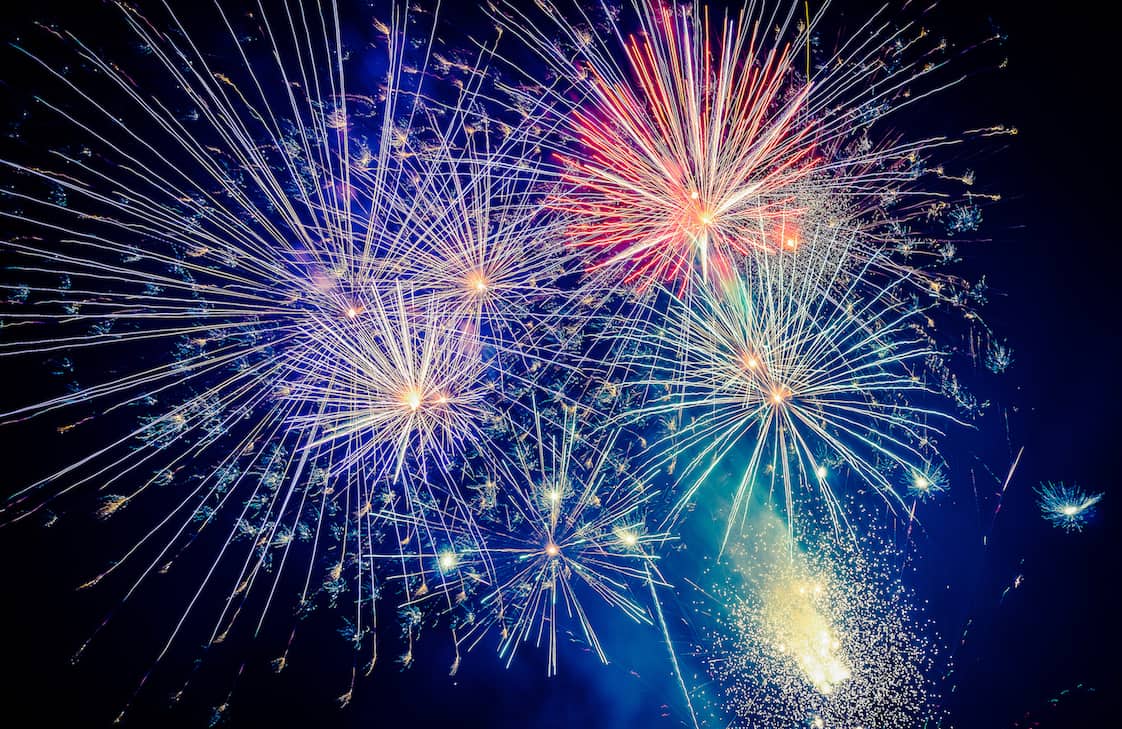 My Most Memorable Fourth

When many Americans think of the Fourth of July, they think of fireworks, grilling, and backyard fun with family and friends. I think of those things, too – but not at first.

No, when I think of the Fourth of July, I flash back to July 4, 1985 – because on that day, I played in one of the craziest games in Major League Baseball history.

If you’re a Braves fan, you probably already know what I’m taking about: “The Rick Camp Game.”

A lot happened that year. Microsoft released the first version of Windows. Madonna’s “Like A Virgin” was sweeping the country. And Back to the Future had just been released – one day before the game, in fact.

Braves fans ask me about this game all the time. In that respect, I guess they have a lot in common with Marty McFly: They’re trying to get back to 1985.

All kidding aside, if you don’t know about this game, grab a seat and I’ll bring you up to speed.

It was Mets/Braves. Atlanta-Fulton County Stadium. A near-sellout crowd, with 44,947 fans fully intending to stay for fireworks after the final out.

Well, not everyone made it to the end.

It truly was a crazy game. There were 29 runs, 46 hits, 37 runners left on base, and five errors. Davey Johnson and Darryl Strawberry were ejected in the 17th inning. Mets catcher Gary Carter caught all 19 innings and 305 pitches. In fact, his backup, Ronn Reynolds, was the only position player who didn’t play that night.

Eleven players had at least three hits – and I wasn’t one of them. Actually, I had just one hit in 10 plate appearances – a three-run double in the eighth that gave us an 8-7 lead. But then Bruce Suttter did something he almost never did in his career: he blew a save. The Mets tied it in the 9th on a Lenny Dykstra single, and we went to extra innings.

A lot of extra innings.

Little background on Rick: He and I played rookie ball together in 1974, and we both broke in with the Braves in 1976. He was a pitcher – a righty from Trion, Georgia. A great teammate and an even better guy. He did whatever the Braves asked him to. He started, he relieved, and on July 4 – technically July 5 – 1985, he made something happen when we needed it the most.

So, here we are, it’s the bottom of the 18th, it’s 3:20 a.m., and Tom Gorman was pitching for the Mets. Gerald Perry leads off and grounds out. Terry Harper bats next and does the same. Just like that, we’re down to our final out.

And along comes Rick, a career .060 hitter, smiling as he enters the batter’s box. Gary Carter stands up behind the plate and waves emphatically to the Mets outfielders, imploring them to play more shallow. Carter’s gesture says what every Met had to think: Rick won’t make contact, and if he does, the ball ain’t going far.

“Ernie,” Braves announcer John Sterling said to his partner, Ernie Johnson, “if he hits a home run to tie this game, this game will be certified as absolutely the nuttiest in the history of baseball.”

First pitch comes. Rick takes a big hack and fouls it back. Strike one.

“At least he took a good cut and fouled it off,” Sterling said sympathetically.

Rick Camp just muscled an 0-2 pitch over the left-field wall to tie the score at 11 in the middle of the night. It was the first – and only – home run of his nine-year career. I’ll never forget that big smile on his face as he was rounding the bases.

Remember Al Michaels’ “Do you believe in miracles?” line? Well, Rick’s homer may have been more miraculous.

Sterling had no idea what to say.

“THAT CERTIFIES THIS GAME AS THE WHACKIEST, WILDEST, MOST IMPROBABLE GAME IN HISTORY!

Everyone is on their feet. Fans are hugging in the stands.

Thirty-three years later, that moment remains one of the most unforgettable of my career. It’s the moment I’m asked about as often as any other.

Here’s what matters: Rick passed away in 2013. Gone far too soon at 59. I have a lot of great memories of him, and his home run is one of them. That moonshot, hit just a couple of hours before dawn, was like him: unforgettable. I’ll always be thankful for our friendship.

Throughout my life, I’ve had a lot of fun on the Fourth of July – as a kid, yes, and also as a dad, with kids of my own. But my most memorable Fourth of July was July 4, 1985, in Atlanta-Fulton County Stadium – and I have Rick to thank for that.

You know, the Fourth of July hasn’t really been a big moment of reflection for me. I’ve always saved that for Memorial Day and Veterans Day. But the older I get, the more I think – and the longer I think – about what this day really means and how grateful I am to those who came centuries before me and had the courage to declare our independence. They stood up, they fought – they put everything on the line.

If you’ve never read the Declaration of Independence, you should. If not for that document – and the sacrifices of countless men and women over the last 242 years – our lives would be very different. It’s precisely because of those people that we’ve been able to continue with our “great experiment.”

America isn’t perfect. In fact, it has a lot of problems. But I love living here, I’m deeply grateful to be an American, and I wouldn’t trade it for anything.

These days, I still have fun on the Fourth. I love spending time with my family, and I love seeing how excited my grandkids get when we light sparklers. I see myself in them and flash back to when I was a kid, asking my dad, “Can I light one more?”

Something about me just loves lighting that fuse!

But going forward, I’m going to make reflection and gratitude a bigger part of my Fourth of July experience. I’m going to thank all those people who came before me – who made it possible for me to play a game for a living and to get to know guys like Rick Camp.

That game, which the Mets won 16-13, didn’t end until 3:55 a.m. But there were still fireworks. I don’t know how many fans stayed to watch them, but they happened. And they’ll happen again Wednesday.

Thanks for the memories, Rick. Wherever you are, I hope there are fireworks.