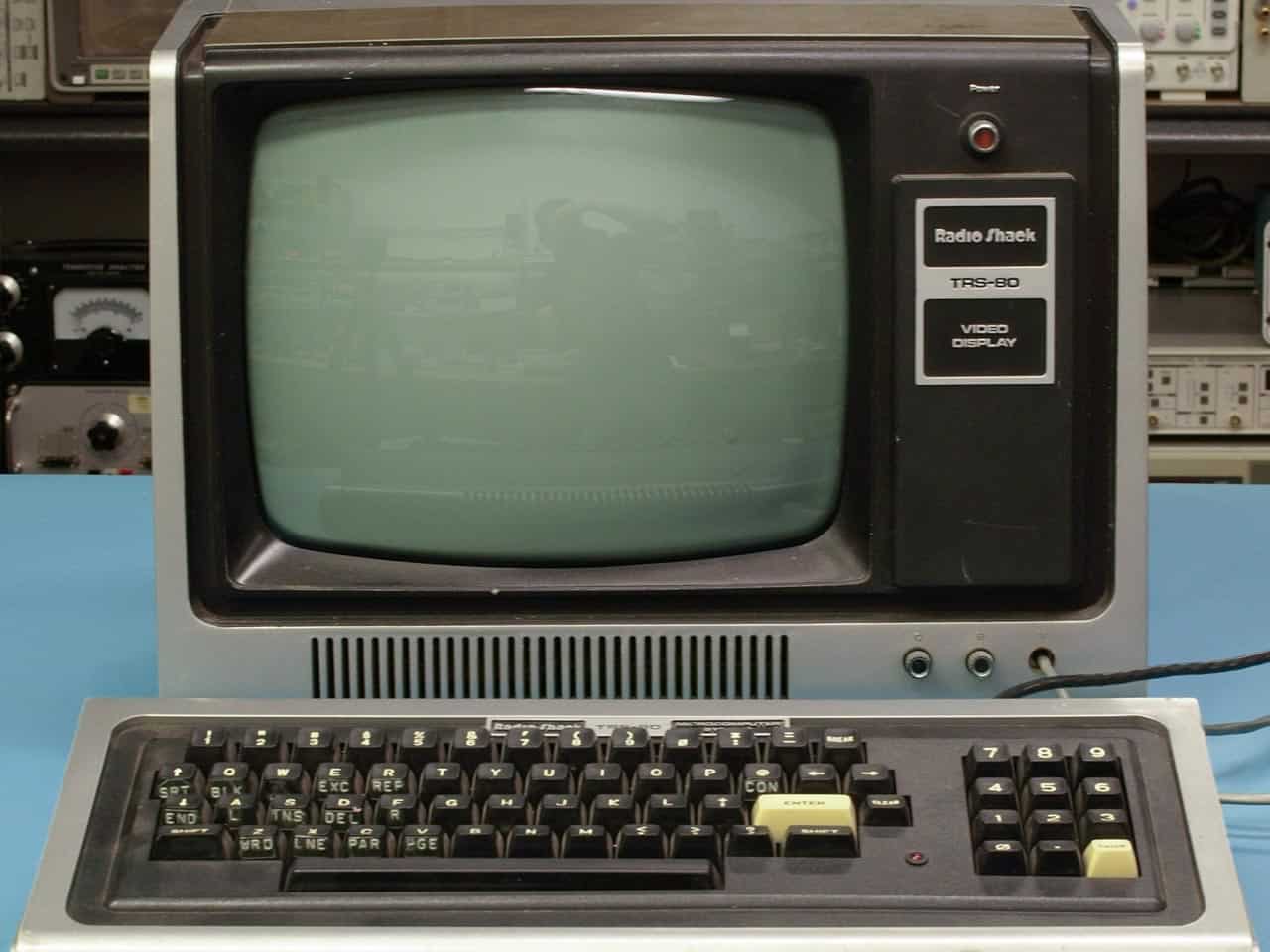 My Early Days in the Computer Revolution

By Dale MurphyJuly 21st, 2021No Comments

A couple of weeks ago, as I was following my timeline on Twitter, I was strangely moved by the thought that many people around the world heard the news of Steve Job’s passing via a product that he created. Aren’t these products remarkable? It was largely through him that we have so many new and amazing technologies—he harnessed them and put them in a useable format. The tasks we face in our everyday lives—including doing our jobs, getting an education, and even staying in touch with our families—have become much easier and more efficient as a result.

As I was reading about Steve Jobs in the days that followed, I couldn’t help but reflect on my own experiences and efforts to embrace technology and computers over the years. Back in the late 70s and early 80s, I was probably what they might consider an “early adopter,” though “gadget freak” is probably the more accurate, less flattering term. I’d like to think I was right there on the front lines at the beginning of the home computing revolution. In my pursuit of these new-fangled “computers,” one of the first stores I went into was Radio Shack. You read that right—Radio Shack. They were the carrier for one of the first affordable home computers, made by Tandy, the TRS-80 (later nicknamed the “Trash 80,” for reasons that soon became all too obvious). Along with the TRS-80, I bought a Texas Instruments computer, as well as a “portable” computer (truthfully, though, it was a beast—probably weighed about 20 pounds) called the “Kay-Pro,” which I could never for the life of me figure out how to use. I eventually sent the Kay-Pro to my dad, who’s got a master’s degree in electrical engineering, assuming he’d be able to figure out how to do something productive with it. Not sure how that turned out!

I also remember flying back to Atlanta from a road trip and seeing Chris Mortensen (he was writing for the Atlanta Journal-Constitution at the time) tap away at a little Tandy computer about as big as a college history book. After asking him what in the world he was typing on, he said something like, “Yeah, it’s cool, I’m typing tomorrow’s article about tonight’s game, and when I get to the hotel I just have to plug this computer into the phone jack, dial the newspaper’s phone number, and then the modem back at the office receives the message, deciphers what I type and then puts it into the article.” I still didn’t understand what that tablet thingy did, but I knew I wanted one. (Eventually I did end up getting one and if I remember right they were relatively user-friendly. I even used it for writing a few letters.)

Soon after this computing craze I took a break from buying any more new computer-related gadgets. It turned out that, on average, they just weren’t very easy to use. These computers were supposed to save us time, I thought, but that didn’t ever work out very well. The phrase “user-friendly” hadn’t really even been invented yet, I don’t think. There were just way too many manuals and too many glitches to sort through.

Nevertheless, I stayed true to my love of gadgets. I have no idea how many devices I had throughout the 80s. Let’s put it this way: if you were to pick a random home electronics infomercial from the 80s, there’s probably a 90 percent chance I had it. I would always pick up the latest issue of Popular Science when I went on road trips and turn right to the only section that interested me—the “What’s New” section (I noticed that the online version of Popular Mechanics calls this section, “Gadgets”) And the gadgets didn’t stop. I even bought one of the first mobile phones (though “mobile” is something of a misnomer). I would literally have to “park” it right in the middle console of my Cadillac Deville, plug it into my cigarette lighter with the antenna going behind my head and out the window (and then held in place on the roof of the car with some sort of magnetic base). I remember driving to Fulton County stadium one day and passing Ernie Johnson on I-285 while I was talking to Nancy on this gignatic carphone (I was surely telling her how about how awesome this new phone thingy was). I looked over and saw Ernie just burst out laughing and then shook his head as if to say, “what kind of crazy space-age gadget is Murph into this time?” I didn’t stick to only computers and phones, however. I’ve also had a number of PDAs—the supposed greatest devices ever created, which we all know now is probably one of the overstatements of the century.

For whatever reason, I didn’t ever get into any Apple products back in those days. In fact, I haven’t been an Apple user for very long, and once again I have my kids to thank for getting me interested. These days, however, I’m neck-deep in all things Apple. Just a couple of nights ago, in fact, I had a nice visit with my mom and dad on iPhone’s Facetime, all of us sitting in our respective living rooms, with me texting them photos of their great-grandchildren at the same time. What an amazing device, right? I told people when I got that iPhone that I’d never lose it because it literally never leaves my hand. And now that I’m on Twitter all the time, too, that iPhone has become even more impossible to put down.

As for Steve Jobs the person, I really didn’t know much about him until just recently. Clearly he’s done some remarkable things, but I didn’t know much about his history. For example, it’s been amazing to find out that he started college in my hometown of Portland, Oregon (he was at Reed College). And (clearly), he was someone who had vision. But more than that, he had the hallmark of a true visionary: he inspired other people to see the world differently. People followed and admired him not only for what he did, but for what he inspired them to be. To challenge the status quo, to remove the blindfolds, to “never settle”—that’s what a true leader moves others to do in order to realize their potential. I’m sure there have been many creative people at Apple responsible for their amazing success over the years, but in my view it takes someone like Steve Jobs to oversee such a process and see it through to the end. By the way, if you haven’t seen his Stanford commencement address, then go check it out right now. If you have kids, make sure they watch it, too. It’s one of those rare speeches that makes you incredibly motivated to take on new challenges and to try things that you’ve always been hesitant to do.

I’ll leave you with a couple of my favorite quotes from that address:

Finally, I want to add my voice to the many others around the world whose lives have been impacted by his work: