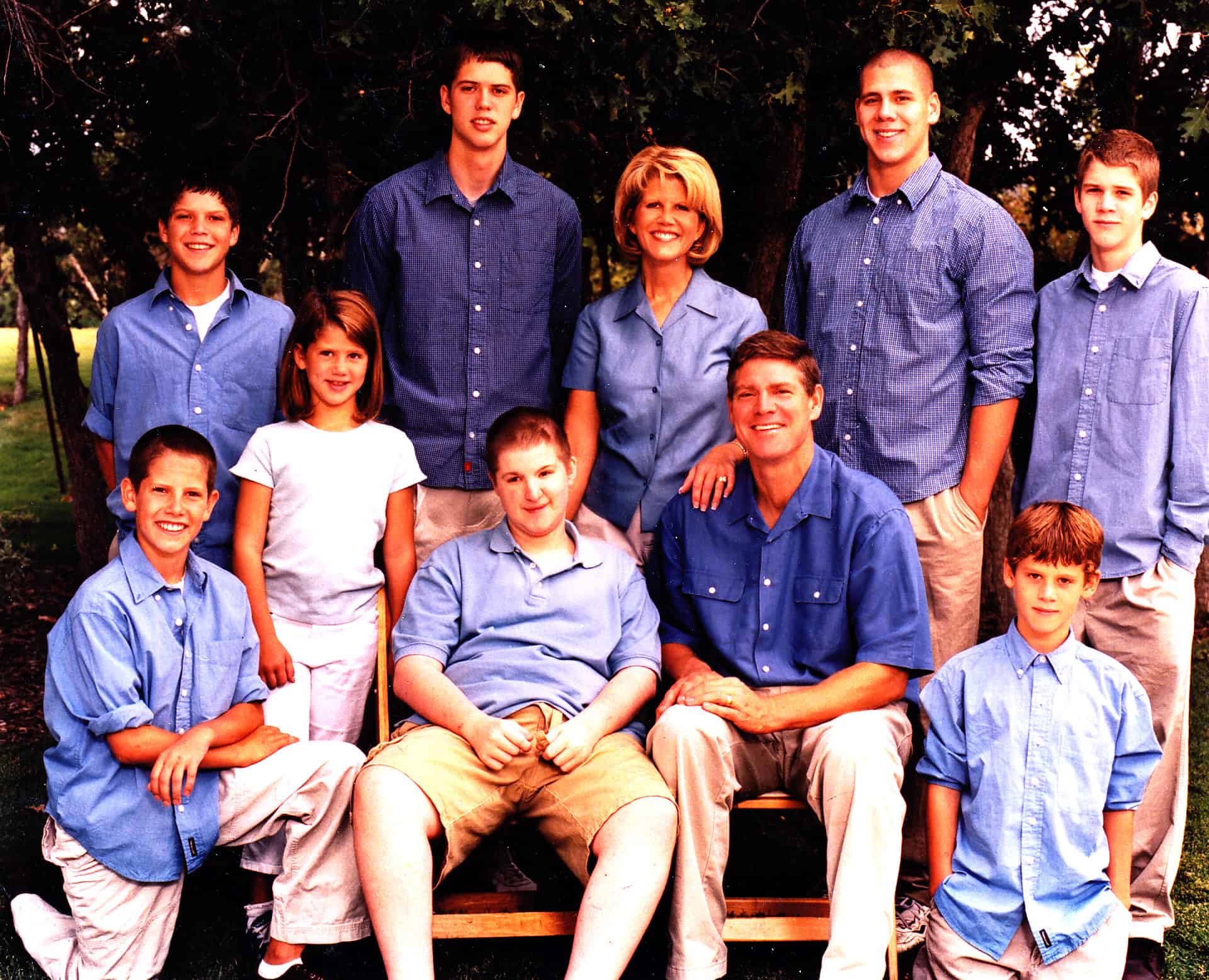 Playing Major League Baseball was one of the greatest honors of my life. I debuted for the Braves in 1976 and ended my career with the Rockies in 1993. During that time, I was fortunate enough to win a couple of MVPs and play in a few All-Star games.

I also had eight kids.

Professional baseball is great. You get to do what you love. You get to test yourself against the best in the world. You get to compete.

But sometimes, it can get in the way of things—like being a dad. One-hundred-sixty-two-games a year is a tough schedule. Eighty-one on the road is no joke. That’s a lot of plane rides and hotels and time away from the family.

Still, I didn’t miss out on everything. I was there for a lot. And I learned a lot along the way. When I think of Father’s Day and what it means to me, I have some advice for everyone who is or ever will be a dad.

The early years of fatherhood can be messy. From diapers to feedings to cleaning up along the way, it isn’t the most glamorous job.

But it is rewarding. And because many of the rewards come down the line, it is challenging to remain present. Parents have a profound impact on their child’s development and taking time to connect with them is vital. For some fathers, that can be difficult. It’s easy to fall into a pattern of being in the room with your kids, but not really being present. Maybe you’re thinking about work. Maybe you’re thinking about finances. Maybe you’re watching a baseball game. Whatever you’re doing, remember your number one priority. Trust me, in a blink of an eye, your kids will be grown. You don’t want to look back and wish you had cherished those moments more.

Society has come a long way in recent decades and child rearing is very much a two-parent responsibility these days. Still, it can be tempting for dads to step back and let moms take the lead. That’s ok now and then as long as dads take the lead on some things, too. Make sure that however you arrange the details with your partner, both sides feel it’s fair and both are happy.

Back in the ‘80s and ‘90s, my job required that I be away from home a lot. Nowadays, many professions require time away from home. If you’re a young father, now might be the busiest time of your professional life. Don’t use this as an excuse to not be involved with your kids. Even when they’re young, they notice when you are around, and it matters to them. Balancing everything will be challenging. You’ll have to evaluate where you’re spending your time and why. You’ll have to make sacrifices.

When in doubt, choose family.

And when you’re present, truly be present.

Thankfully, that’s another area we have made progress over the years. Still, it can difficult for some dads to be open and show emotion. And I get it. I’ve been there. I’m quieter by nature and one of my biggest challenges as a father was overcoming my tendency to step back and not talk a whole lot.

In fact, if I have any regrets about fatherhood, that would be it. I wish I had been a better talker and a more consistent listener.

At every age, kids need their dad. Sometimes kids pull away. But I would go as far as to say that the times they pull away are exactly the times they need you the most. It’s essential that they know you are there for them. Support their decisions. Support them even when it’s difficult. Give them the space to have their own thoughts and personalities and aspirations. They might not always share your ideas or see things the way you do. That’s okay. Help them discover what they believe in and why. Give guidance when they ask for it. Don’t make decisions for them but give them confidence and courage to make their own. As they navigate through life, don’t steer the ship for them. Be their compass. Be the wind in their sails.

Before I became a father, I didn’t know how many kids I was going to have, but I was pretty sure they would all be pretty similar. After all, same parents, same house. They’ll have the same interests and life goals, right?

Each of my eight kids is different.  Each one is an individual.

I assumed they would probably all play baseball and love it. That wasn’t exactly the case. My kids all have different interests, talents, and abilities. From artist to professor, from NFL player to esthetician, sales professional, UX designer, and JD-MBA student, they are all unique. We have tried to not just allow—but encourage them—to follow their own dreams.

Our third son, Travis, has special needs and lives at home with us. Parenting him has required great teamwork between me and Nancy. But, in reality, they all have. There is no one-size-fits-all approach to successful parenting.

The key to being a successful manager is knowing your players. There are general rules that apply to all, sure, but the best managers are usually the ones who know their players the best and recognize individual strengths. They know what motivates them. They know how to talk to them. They recognize and respect differences.

Parenting is exactly the same.

Nancy and I had seven sons before our daughter, Madison, came along.  Each gender presents different challenges. When my sons started dating girls, I just hoped that I had done a good job of teaching them to respect women. When my daughter started dating, it was a completely different feeling. I was less focused on her and more focused on the guy taking her on a date. I hoped along the line someone had taught him to respect women. I was counting on it.

As the years pass, parents have to let go of their kids, at least to some degree. I’m not saying letting go of my sons was easy. It wasn’t. But letting go of my daughter was one of the hardest things I’ve ever had to do.

No matter how many kids you have, no matter their gender, the greatest gift you can give them is to love their mother. In doing so, you show your sons how to treat women and you show your daughters how they should expect to be treated by men.

A common theme in the “Me Too” movement is men not treating women appropriately. Perhaps some men were never taught how to treat women. Perhaps they were but didn’t pay attention.

Don’t make that mistake with your children.

Treat their mother—and all women—with respect. Speak to her with warmth. Show affection. Care. And let your children see that. If it is the norm in their lives, they will hopefully want to follow that example.

Fatherhood isn’t easy. Choices will be difficult. Mistakes will be made. But in the end, the key to fatherhood is unconditional love.

What a remarkable gift for a father to give a son.

My dad passed away in April. He was a good man. He knew something all good fathers know: you can’t command respect from your children, you have to earn it. Respect isn’t owed. It is created and nurtured. And it flows freely between people.

My dad was there for every right turn I made, as well as every wrong direction. He was the essence of unconditional love, and for that, I’ll always be grateful.

Thanks, Dad. To you and every dad out there, Happy Father’s Day!