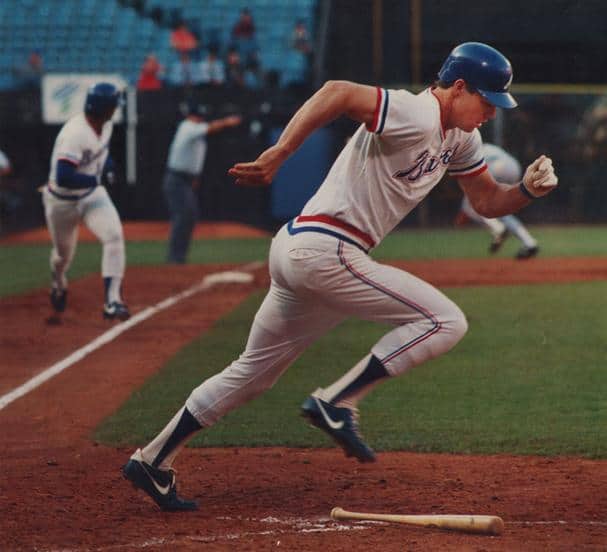 A Stroll Down (All-Star) Memory Lane

The 89th MLB All-Star Game is Tuesday night, and I couldn’t be more excited. I was fortunate enough to play in seven All-Star Games, and I made enough memories in those moments to last a lifetime.

My first All-Star Game was at Dodger Stadium in 1980. It was, in many ways, unlike any of the six that followed. I could remember watching the All-Star Game on TV as a kid, and to actually be in the same locker room – and on the same field – with some of the guys I grew up watching was surreal.

I remember being around the guys from the Big Red Machine: Pete Rose, Johnny Bench, Dave Concepcion, Ken Griffey, and Ray Knight. I made my Major League debut in 1976 – just months before the Reds won their second straight World Series. More than 40 years later, they remain the last National League team to win back-to-back world championships, and I still think they’re the best team I ever played against. It was remarkable to share the field with them.

As awestruck as I was, though, there was still a game to play – and it mattered. Entering 1980, the NL had won 16 of the previous 17 All-Star Games, including eight straight. That was something the NL was very proud of. I could tell. I could feel it. In fact, I remember NL President Chub Feeney speaking to us before the game. “Thanks for representing the NL,” he said. “And by the way, I want to beat these guys.”

As I walked from the clubhouse to the dugout with Ray Knight, Pete Rose stopped us and said, “Congratulations on making the All-Star team. And good luck – if you get in.”

If you get in.

Those words hit me. These days, managers make a concerted effort to play everyone in the All-Star Game. Back then, though, that wasn’t the case, especially for younger players.

It was a humbling moment. Being among the best didn’t make you the best. Even then, you still had to earn it.

Rose said something else, too: If you get in, don’t do anything different. Don’t play the game any different than you would during the regular season. Play hard. Play fast. Play to win.

Rose meant it. In 1970, he ran over catcher Ray Fosse to score the game-winning run at the All-Star Game at Riverfront Stadium in Cincinnati. It remains one of the most iconic moments in All-Star Game history.

Suffice it to say, I took Rose’s advice to heart. If I got in, I wanted to contribute. Well, I wound up pinch-hitting in the eighth inning against Goose Gossage, who hadn’t allowed a home run to a right-handed hitter all season. After taking the first pitch and swinging and missing with all my might on the second, I hit the third a long, long way down the left-field line.

It was going, going… FOUL by just a few feet.

A few pitches later, I grounded out to first base. Fortunately, we had a lead – and kept it. The NL won, 4-2, and Griffey was named MVP.

A couple of years later, in 1984, I hit my first – and only – All-Star home run. It came at Candlestick Park, which was special. I lived in the Bay Area for a couple of years as a kid, so to hit a home run in that ball park was neat. The best part was the NL won 3-1 – which was nice because our streak of 11 straight All-Star wins ended the year prior.

Yes, the AL didn’t just beat us in 1983; they walloped us, 13-3, at Comiskey Park. It was the 50th anniversary of the All-Star Game, and Fred Lynn hit a grand slam over my head in right field.

I can still see that ball sailing above me.

My last All-Star Game was 1987 at Oakland Coliseum. The NL won 2-0 in 13 innings thanks to a two-out, two-RBI triple from Tim Raines.

I played six more seasons after that – three for the Braves, two for the Phillies and one for the Rockies. I would have loved to have played in the All-Star Game every year, but in baseball – like every sport – no one can produce All-Star numbers forever.

Father Time has a way of catching up to you.

But I was happy to step aside and give the next generation their turn in the spotlight, just as the previous generation did for me.

That’s really the beauty of the All-Star Game. The players change, but there’s a certain timelessness to it. In fact, my fondest All-Star memory came in Boston in 1999 – six years after I retired. Members of the All-Century Team were honored before the game, including Ted Williams, who was introduced to the roar of the Fenway faithful. When Williams made it to the infield, he was surrounded by the ’99 All-Stars, all of whom were eager to shake his hand – including Cal Ripken Jr., Ken Griffey Jr., and Tony Gwynn. Gwynn even helped Williams keep his balance when he threw out the first pitch.

I was in attendance that night, and it’s a moment I’ll never forget.

I’ve always felt that baseball’s All-Star Game is the most fun to watch – because of moments like I just described, yes, but also because of how seriously guys take it. Baseball isn’t as physically grueling as football or basketball, so everyone is trying their hardest. Pitchers want to strike everyone out. Hitters want to bash home runs. Fielders want to make defensive gems. It’s an exhibition, but it’s still competitive. It’s still fun.

I always treasured playing in the All-Star Game. I wish I could have played in the postseason more than I did, but the buzz for the All-Star Game was as close to a playoff atmosphere as you’ll find.

You could probably say the same for the Home Run Derby, but that wasn’t always the case. I actually participated in the first Home Run Derby, which most diehard Braves fans probably didn’t know.

Of course, that might be because it wasn’t even televised!

It was 1985 in Minnesota, and we held a derby, well, kind of anonymously. Dave Parker won it with six home runs. Technically, I finished runner-up, but so did four others. Tom Brunansky, Carlton Fisk, Eddie Murray, Jim Rice and myself each hit four home runs. In all, 10 players combined to hit 33 home runs.

That’s a stark contrast to Aaron Judge, who hit 47 in the event last season!

The Home Run Derby is still a lot of fun, and the new rules have made it even more exciting.

Overall, I think the All-Star Game is in a good place. Sure, maybe it’s lost a little luster because of inter-league play. It used to be that aside from the World Series, the All-Star Game was the only time you could see, say, Max Scherzer square off against Mike Trout. That, however, is no longer the case.

Perhaps that’s removed some of the mystique from the game, but I’ll say this: I’m happy the All-Star Game no longer determines home-field advantage in the World Series. I understood the rationale behind doing that, but as competitive as the All-Star Game can be, it’s still an exhibition.

Going forward, though, I would love to see some changes to the All-Star Game – and baseball in general. That’s a topic for another blog, but baseball is at a bit of a crossroads, especially with pace of play and length of games. I’ve heard a lot of good ideas over the years about how to improve the game – and I have a few of my own – but I think we should use the All-Star Game to experiment with some of these proposals. I know baseball is already doing some of that in the minor leagues, but why not experiment during the Midsummer Classic when everyone is watching?

But again, another topic for another day.

In the end, I love the All-Star Game, and instinctively, I still root for the NL. I still think about that. It’s still a part of me.

Congratulations to all the players who made the All-Star team. Whether this is your first, last, or only All-Star Game, enjoy it and don’t do anything different. Play hard, play fast, play to win, and best of luck.

If you get in.

Approaching Competition in the Workplace

Approaching Competition in the Workplace